Back to all guides
Free Attack Surface Monitoring

What is an Attack Surface?

The attack surface of your company is made up of all those areas that are potentially vulnerable to cyber attacks. These different areas, often called attack vectors, are where an unauthorized user can try to enter data or extract data from your environments. Think of your attack surface as a collection of points, system elements or endpoints that allow a hacker to potentially breach, effect or control your systems and extract or manipulate information for malicious purposes.

The attack surface is what is being attacked; the attack vector is the way in which a malicious actor gains access or control.

Elements of an attack surface


An attack surface composition can range widely between various companies, but often have the same elements: 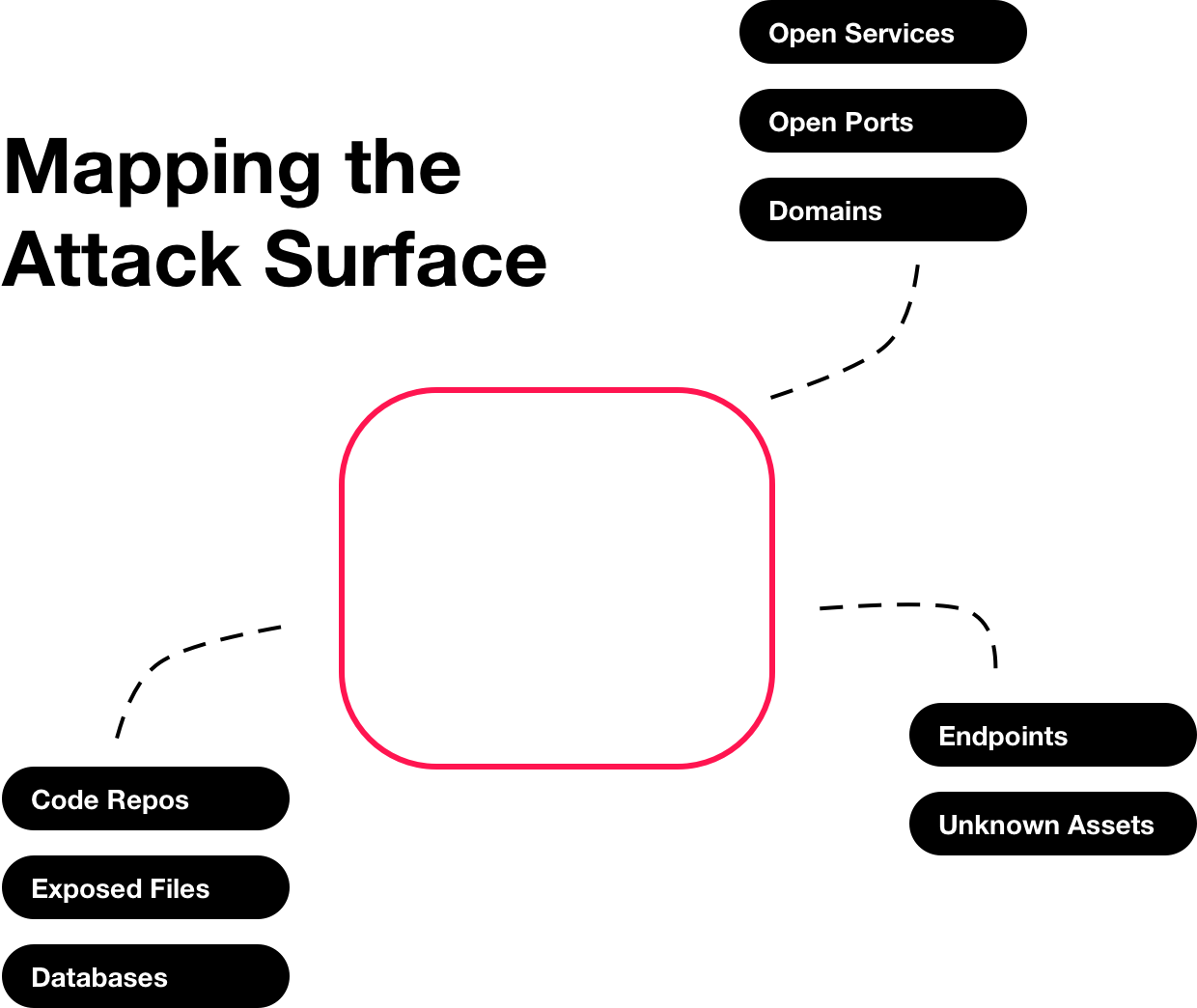 
Let's look at how to reduce the attack surface of a company by following these steps:

The initial analysis of your attack surface will act as your todo list. You won't fix every problem you find instantly but it gives you an accurate todo list to guide your work as you attempt to make your company safer and more secure.